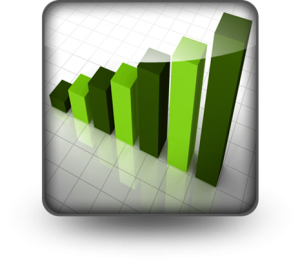 The 7% growth in the second quarter of 2016 is an upbeat start for the current administration. The growth is within market expectations given average consensus forecast of 6.1 to 7.2% for the second quarter. This strong growth increases the probability of the Philippines attaining the revised full-year 2016 DBCC-approved real growth projection of 6 to 7%.

With the first semester GDP growth of 6.9-percent, the economy will need to grow by at least 5.1 percent in the second half of the year to attain at least the low-end of the growth target. While it is normal to see a slowdown in the second semester during election years (possibly 1.5 to 2.0 ppt lower than the first half), the smooth transition of power and assurance of macroeconomic policy consistency and continuity by the new Administration will likely keep business and consumer confidence strong to meet the full year target.

On the demand side, investments had the highest contribution of 5.7 percentage points to GDP growth. Investments in durable equipment registered an increase of 42.8% and private sector investments in construction, which grew to 8.3% from 8.1% in the first quarter. This growth was driven by stronger business confidence, low interest rates, and strong performance of the construction sector.

Public spending remained strong, driven by the boom in public construction and government consumption, which grew by 27.8% and 13.5%, respectively. Similarly, private consumption grew stronger in comparison to the previous quarter and year due to the low inflation and interest rates, improved labor market conditions, and steady consumer confidence. Overall, domestic demand growth accelerated to 12.3% from 12.0% in the first quarter of 2016.

On the supply side, the acceleration of economic growth was fairly broad-based. The high growth recorded for the first quarter of this year was driven by gains in the industry and services sectors. The industry sector recorded a growth of 6.9%, which is higher than the 6.1% growth in the previous year, supported by manufacturing, construction, and utilities. Additionally, the services sector recorded an 8.4% growth, on the back of faster growth in trade, transport communication, public administration and real estate, renting and business activities.

In contrast to the robust industry and services, the performance of the agriculture sector remains dismal at -2.1 % due to the lingering effects of El Nino. There is also a developing risk of La Nina that will likely intensify between August and October this year. This highlights the urgency of crafting holistic agriculture development policies that include disaster resiliency. This will benefit workers from the sector, which employs the biggest chunk of our labor force. For La Nina, the Department of Agriculture is already crafting an action plan that identifies the most vulnerable municipalities, focusing on appropriate interventions, preparedness, response, immediate recovery and rehabilitation.

Over the medium-term, the new administration is aiming still for a steady acceleration of growth towards 7 to 8%. This will be supported by sustained and deepened reforms. These include a comprehensive tax reform, sustained investment in infrastructure, easing of restrictions on foreign investments, reduction of cost of doing business, and strengthening of agro-industrial linkages.

NEDA has launched early this year theAmBisyon Natin 2040.  Centered on people’s aspirations, this aims to answer the clamor for having a long-term perspective in development planning so as to sustain efforts, even with changes in political administrations, to provide a strongly-rooted, comfortable, and secure life for all (matatag, maginhawa at panatag na buhay para sa lahat). NEDA continues to advocate and discuss AmBisyon Natin 2040 with different stakeholders from various sectors of society.

Electronic Products remained as the country’s top export with total receipts of $2.429 billion, accounting for 51.1% of the total exports revenue in June 2016.

The Philippines’ main commodity exports to the UK include airplane/helicopter parts, tuna, skipjack and bonito, bicycles and other cycles, inputs or output units, water including mineral water, aerated water, containing added sugar or other sweetening matter or favored.

The UK’s biggest exports to the Philippines include medical goods, unused postage, revenue or similar stamps, cheques, airplane/helicopter parts, spark-ignition or combustion piston engines for aircrafts, materials, accessories or supplies for manufacture of dice of any material.

The Philippines’ annual headline inflation was pegged at 1.9% in July 2016. It was the same rate posted in June 2016 while, in July 2015, inflation reached 0.8%. The National Economic and Development Authority is expecting full-year inflation to average at around 1.98%.

Higher annual increases were noted in the indices of alcoholic beverages and tobacco; furnishing, household equipment and routine maintenance of the house; and recreation and culture. On the other hand, the indices for food and non-alcoholic beverages; health; communication; and education exhibited slower annual increments while annual declines were observed in the indices of housing, water, electricity, gas, and other fuels and transport. Growths for the indices of clothing and footwear and restaurant and miscellaneous goods and services remained at their rates in June 2016.

According to the latest labor force survey (LFS), the employment rate in April 2016 was estimated at 93.9 percent. There were 66.805 million Filipinos 15 years and above in April, of which 42.487 million or 63.6 percent were counted as part of the labor force.

The national government incurred a budget deficit of Php120.3 billion in January to June this year, a reversal from the Php13.7 billion surplus in the same period last year.

Government revenues, on the other hand, totalled Php1.1 trillion in six-months to June, up by only one percent from last year’s Php1.08 trillion.

Government revenues in June were lower by 12% from Php199.8 billion in the previous month, while expenditures grew by 1.5% compared with Php217.4 billion in May 2016.

Foreign direct investments (FDI) posted net inflows of US$2.2 billion in April 2016 as net inflows were recorded across all FDI components. The surge in FDI inflows is reflective of the favorable investment climate as the economy continued to post strong growth and show even better growth potentials.

FDI net inflows reached US$3.5 billion for the first four months of 2016. In particular, non-residents’ investments in debt instruments more than doubled to US$1.9 billion from US$687 million last year.  Net equity capital placements also grew by 372.6 percent to US$1.3 billion from US$279 million.  This was due mainly to the US$1.4 billion gross equity capital placements, which is four times the previous year’s level of US$369 million.  Equity capital placements came mostly from Japan, Hong Kong, Singapore, the United States, and Spain.  These were invested mainly in financial and insurance, construction, accommodation and food service, real estate and manufacturing activities.  Meanwhile, reinvestment of earnings amounted to US$255 million during the period.

The Philippines continues to build up its foreign exchange reserves. As of end-July 2016, the gross international reserves (GIR) stood US$85.5 billion, adequate to cover 10.5 months’ worth of imports of goods and payments of services and income. It is also equivalent to 6.0 times the country’s short-term external debt based on original maturity and 4.3 times based on residual maturity. These foreign exchange indicators compare favorably with Philippines’ counterparts in the Asia Pacific region.

Cash remittances from overseas Filipinos coursed through banks for the period January-June 2016 reached US$13.19 billion, up by 3.2 % than the US$12.78 billion posted in the comparable period in 2015.

The bulk of cash remittances were sourced from the United States, Saudi Arabia, the United Arab Emirates, the United Kingdom, Singapore, Japan, Hong Kong, and Canada.

Cash remittances from the UK to the Philippines reached US$694,789,000 from January to June 2016, down by -6.4% from US$742,247,000 for the same period in 2015. For the said period, UK remains the top source of overseas Filipino remittances in Europe (representing 36.45% of total remittances from the region), followed by Germany, Italy, Greece and Norway.