airline based in Pasay City, Philippines. It operates both domestic and international scheduled services from Manila, Cebu, Davao and Zamboanga. The airline was re-branded for a number of times, first as Air Philippines, then as PAL Express. The new Airphil Express is Philippine Airlines response to Cebu Pacific Air’s entry into the low cost travel market in the Philippines and is buying new planes to increase the number of Philippines domestic flights on offer.

in the Philippines. CEB offers the lowest year round flight Fares for its destinations and continues to be the pioneer in creative flight pricing strategies as it manages to offer the lowest fare in every route it operates. Cebu Pacific is not just the leader in low flight fares but also in innovation and creativity! CEB is the first Philippines domestic flights airline to introduce e-ticketing, prepaid excess baggage and flight seat selection in the Philippines. 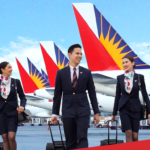 flights since 1941 when it became Asia’s first airline. Since then, PAL has become one of the most respected airlines around the world with a comprehensive flight schedule, a young and modern fleet of aircraft and a route network that spans 31 foreign cities and 29 domestic points. PAL’s excellent flight service has won the hearts of travelers worldwide. It offers a large network of domestic flights throughout the Philippines. 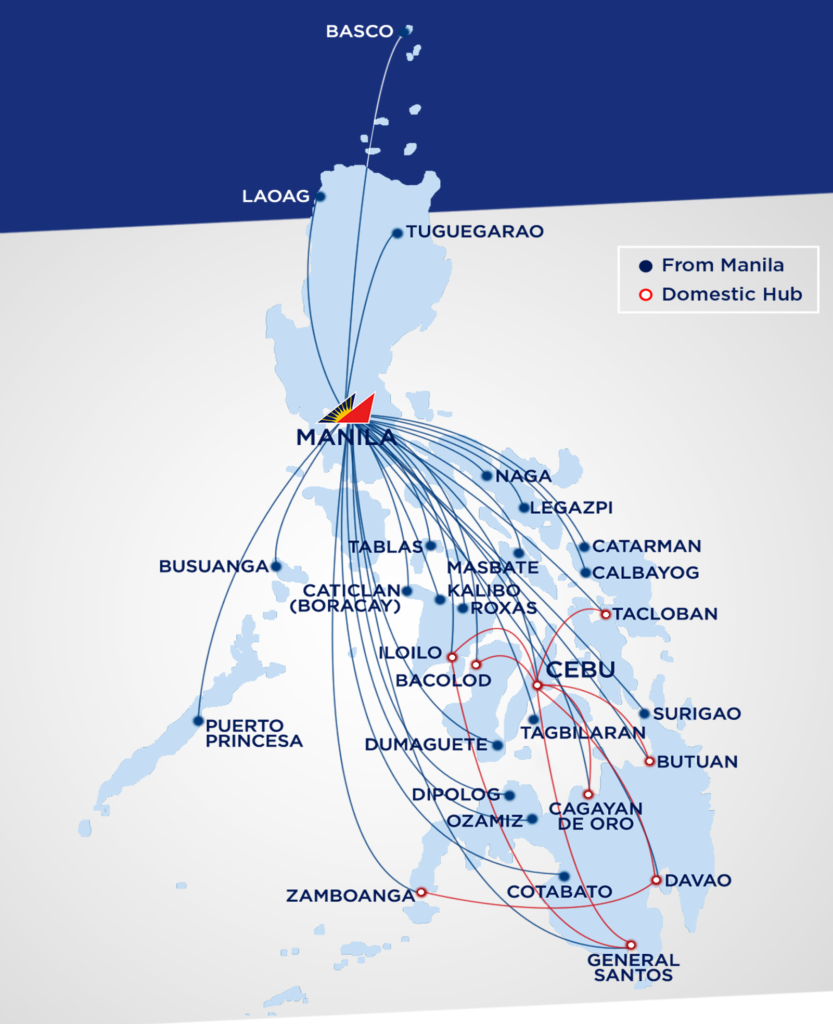 airline in the Philippines with a firm foundation in leisure flights. Since 1995, it has been flying passengers to some of the most beautiful destinations in the world. Consistency, quality and reliability characterizes SEAIR’s flight operations. Awarded Best Airline of the Year for 2002, 2003 and 2009 by the Philippines’ Consumer Excellence Award. In 2010, SEAIR was awarded Gold Brand by the Gold Brands Council Philippines for brand image appeal and trust and market acceptance. Employing over 350 people in SEAIR group of companies, Seair’s fleet is made up of Airbus aircraft. It is the airline with the biggest flight operations in Clark Airport including many Philippines domestic flights.

Tiger Airways is one of Asia’s leading low cost flight carriers. First established in 2003 with Tiger Singapore, it rapidly expanded with Tiger Airways Australia in 2007, and associate airlines, Mandala Airlines in

Indonesia and SEAIR in the Philippines in 2012. Tiger’s flight network extends to over 30 destinations in 13 countries in the Asia Pacific region, including comprehensive Philippine domestic flights coverage. Tiger is committed to offering customers great value flight fares and friendly service while maintaining the highest standards of flight safety, security and reliability. The airline has won several flight awards, including the Low Cost Airline of the Year Award at CAPA’s Aviation Awards for Excellence in 2010.

The newest flight operator in the Philippines, formed in 2008, ZEST AIRWAYS, INC. eyes the opportunity

for growth in the airline and flight industry. ZEST AIR currently operates Philippines domestic flights to 20 local destinations and has launched its regional and Southeast Asian flight operations. Tiger Airways has a fleet of A320 aircraft with an average age of under three years. It also has another two A319s that are operated independently by SEAIR. Tiger plans to increase the number of flights by expanding its fleet to 68 aircraft by December 2015.

All Philippines domestic flights operators do connect through Manila for international arrivals and departures.