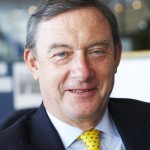 Nigel Rich has been Co-Chairman of  the Philippine British Business Council from 2001 to 2018.  He was with the Jardine Matheson Group in Asia for 20 years and Chief Executive from 1988 to 1994.  From 1977-1982, he was Executive Vice President and a Director of Jardine Davies in Manila.  During his term in the Philippines, he was a founder member of the YPO Philippines Chapter and was President of the European Chamber of Commerce.  He was also made an adopted native son of San Carlos City, Negros Occidental.

He is Chairman of SEGRO plc and   Xchanging plc and is also on the Board of  Bank of Philippine Islands (Europe) plc, Matheson & Co., Ltd, Pacific Assets Trust plc and Castle Asia Alternative PCC Ltd.