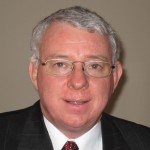 From 1971 to 1988 worked for several software development companies developing, managing and selling IT projects. Companies were in the Health, Government, Defence and telecommunications sectors.

Founding Managing Director of the Triad Group Plc in 1988 and CEO responsible for the growth of the business from start-up to a London Stock Market listing in March 1996. During this period Triad was one of a select few companies to win The Holway Boring Award in recognition of unbroken profits growth. He was non-executive Chairman from 1997 to 1999 and since 1999 senior non-executive Director.

Triad Group Plc is a major IT Consultancy, Software Developer and Resource Provider in the Finance, Telecommunications, Banking, Outsourcing, Call Centre and IT Supply sectors. The business has a turnover of approximately £50 million generated mainly in the UK and now provides Saas services under the Zubed.com brand.

President of the Computing Services and Software Association (CSSA) 2000-2001 and Chairman of their International Business Council from 1999 to 2006. CSSA merged in 2001 with the Federation of Electronics Industries (FEI) to form Intellect and is the UK Trade Association for the IT sector, representing over 750 companies. An elected Board member and non-executive Director from 1995 to 2007(originally of CSSA, now Intellect).

From 1999 to present represents the UK IT industry on the Philippines and Singapore British Business Councils.

Experienced coach and non-executive director of a small number of early stage companies.

Chairman of Enabled City Ltd which provides technology-based products to help people with learning and other disabilities to find accessible routes (PhotoRoute) and to increase their understanding of uncommon words and phrases (Word-Bank).