Philippine tourism statistics can be found at the Philippine government’s Department of Tourism website – www.tourism.gov.ph. Some extracts are presented here.

• Arrivals of UK visitors have reached 163,000 visitors within the first three quarters of 2018 – this represents a 9.73 per cent increase from the same period in 2017.
• The UK visitors from the Philippines means the UK still ranks as the top visitor market for the Philippines in Europe. 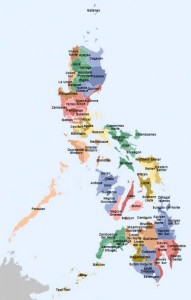 Tourists
• Consistent growth is observed by the Philippines’ inbound traffic with a total of 2,8 million visitors for the first five months of 2017. This volume registered double-digit increase of 14.43% from the 2,5 million count for the same period last year.
• The biggest volume was recorded in the month of January while the highest growth was registered in April. Another milestone was achieved by the tourism industry as month to month arrivals has surpassed the 500,000 visitor volume for the first five months of the year.
• Arrivals from the UK have reached 82,000 within the said period. The UK still ranks as the 8th top visitor market for the Philippines.

The UK continued it’s increasing visitor traffic to the Philippines. Visitor arrivals were up 14.8% over the equivalent period the previous year. However, this only represents 123,414 arrivals out of a total of 3,787,907 arrival into the Philippines or 2.81% of all arrivals.

The United States of America provided the second biggest arrivals of 531,217 visitors for the first eight months of the year and recording a growth of 7.68%. Arrivals from Japan grew by 7.71%, recording 334,881 visitors for the period in review. China, which provided 322,417 arrivals continue to post positive growth with 4.55% for January to August 2015.

Taiwan remained bullish with 120,630 arrivals. Among the top twelve markets of the country, this market registered the highest growth of 24.36%. On the other hand, Hong Kong continued to show marked improvement with a 10.39% increase in arrivals.

Further Philippine tourism statistics can be found at Department of Tourism