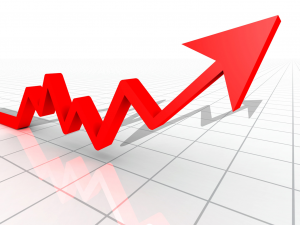 • The Philippine economy expanded by 7.1 percent in the third quarter of the year, the fastest in Asia, higher than the revised second quarter growth of 7 percent.

• The country’s latest GDP growth rate is the highest since the second quarter of 2013 (7.6 percent).

• The Philippine Statistics Authority (PSA) reported that manufacturing, construction, trade and real estate drove the economic growth, but the biggest story for the third quarter was the recovery of agriculture. The agriculture sector grew 2.3 percent in the July-September period, overturning the 0.1 percent decline it saw the prior year, and that rice and corn harvests have improved significantly.

• Industry, too, expanded by 8.6 percent on the back of robust public and private construction. And lastly, services – the largest contributor to the Philippine economy – rose by 6.7 percent in the third quarter, and all the services subsectors, including transport, finance, education and recreation, showed positive growth.

• NEDA said that this figure cements our chance of achieving our target of 6.0 to 7.0 percent for the whole of 2016. This growth is above the median market expectation of 6.8 percent.

• PH is now the fastest-growing among major Asian emerging economies that have already released data for the quarter. We are higher than China’s 6.7 percent, Vietnam’s 6.4 percent, Indonesia’s 5.0 percent, and Malaysia’s 4.3 percent. India’s has not yet released their data. For the fourth quarter, the country only needs to attain at least 3.4 percent growth to attain the low-end target of 6.0 percent. To reach the high-end target of 7.0 percent, we need to grow by 6.9 percent in the fourth quarter.

• The Philippines’ export sales amounted to $5.211 billion in September 2016, a 5.1 percent increase from $4.960 billion recorded value in September 2015. The increase was attributed to eight major commodities out of the top ten export commodities for the month. These include other mineral products (97.5%); electronic equipment and parts (66.3%); metal components (18.2%); chemicals (10.8%); articles of apparel and clothing accessories (8.3%); ignition wiring set and other wiring sets used in vehicles, aircrafts and ships (5.1%); electronic products (3.6%) and other manufactures (3.2%)

• The total imported goods by the country for the month of September 2016 amounted to $7.101 billion, an increase of 13.5 percent from $6.255 billion recorded during the same period a year ago. The increase was due to the positive growth rates of nine out of the top ten major imported commodities for the month led by cereals and cereal preparations (61.8%). The other eight were: iron and steel (56.1%), plastics in primary and non-primary forms (51.8%), miscellaneous manufactured articles (50.6%), other food and live animals (44.8%), transport equipment (41.0%), telecommunication equipment and electrical machinery (17.5%), mineral fuels, lubricants and related materials (2.4%), and industrial machinery and equipment (1.7%)

• Consumer prices in Philippines rose 2.3 percent year-on-year in October 2016, the same pace as in September. Prices of food and non-alcoholic beverages increased at a faster pace while inflation of housing and utilities were steady.
• Price hikes were recorded in food items particularly fish, vegetables and fruits. Upward price adjustments in gasoline and diesel and higher air and ship fares were also observed during the month. Moreover, clothing and some items for personal care and effects generally increased in NCR and in selected provinces. All these factors contributed to the 0.2 percent overall month-on-month inflation in October 2016.

• The employment rate reported or the proportion of employed persons to total labour force was 94.6% as of July 2016. In the same month of the previous year employment rate was 93.5 %.

• The Philippine government posted a budget deficit of P75.3 billion ($1.55 billion) in September 2016, the biggest monthly gap recorded so far this year.

• That brought the budget gap in the nine months to September to P213.7 billion. The government has a budget deficit ceiling of P388.9 billion in 2016.

• For the first eight months of 2016, net FDI inflows recorded a year-on-year increase of 71.1 percent to reach US$5.4 billion. The sustained FDI inflows were buoyed by investors’ confidence in the economy on the back of the country’s sound macroeconomic fundamentals.

• Foreign direct investments (FDI) posted net inflows in August 2016 amounting to US$711 million, an increase of 32 percent from the US$539 million recorded in the same period last year. This is on account of the 44.2 percent increase in investments in debt instruments (or intercompany borrowings) to US$636 million from US$441 million in August 2015.

• The bulk of gross equity capital placements were sourced mainly from the United States, Singapore, the Netherlands, Japan, and Hong Kong. Equity capital placements were channelled mainly to real estate; manufacturing; wholesale and retail trade; electricity, gas, steam and air-conditioning supply; and arts, entertainment and recreation activities. Meanwhile, reinvestment of earnings grew by 9.9 percent to US$67 million during the month.

• The Philippine peso depreciated against the US dollar in the third quarter of 2016. On a quarter-on-quarter basis, the peso weakened by 1.1 percent to average P47.06/US$1 from the previous quarter’s average of P46.52/US$1.

• On a year-on-year basis, the peso likewise depreciated by 2.1 percent relative to the P46.05/US$1 average in the third quarter of 2015. The weakening of the peso during the review quarter was due mainly to the renewed prospects of a hike in the US Fed funds rate and concerns over the potential slowdown of the Chinese economy and declining oil prices.

Remittances
• Personal remittances from overseas Filipinos (OFs) for the first nine months of 2016 grew by 4.8 percent year-on-year to reach US$20 billion.

• Inbound visitors from January to August has already summed up to 4,042,049 arrivals. It is the first time to reach four million arrivals in just eight months. This volume escalated by 12.59% than the accumulated arrivals of 3,590,038 in the same period last year.

• Arrivals from the UK have consistent double-digit growth 13.48% with 117,535 arrivals within the said period. The UK ranks as the 8th top visitor market for the Philippines as of August 2016.