British Business Delegation To The Philippines

• The Philippine economy remained one of the fastest growing in Asia, along with Vietnam and China. The PH Government is expecting a 6.5 percent GDP growth in 2018. The PH government will report on the 2018 GDP performance next week. 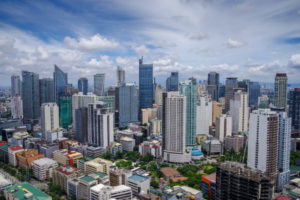 • Inflation averaged 5.2 per cent last year, its quickest pace since the global financial crisis a decade ago.

• In the first 11 months of 2018, the government’s budget balance swayed to a US $9.1 billion deficit, 96 percent higher than US $4.6 billion shortfall registered in the comparable period in 2017.

• FDI net inflows for the first ten months of 2018 reached US$8.5 billion, an increase of 1.8 percent from the US$8.4 billion net inflows in the comparable period in 2017. The government has projected overall FDI to hit $10.4 billion for the entire 2018.

• Personal remittances from OFWs in January – November 2018 reached US$29.1 billion, 2.9 percent higher than the level posted a year ago.

• The bulk of cash remittances for the first eleven months of 2018 came from the US, Saudi Arabia, United Arab Emirates, Singapore, Japan, United Kingdom, Qatar, Canada, Germany, and Hong Kong. Cash remittances from these countries accounted for almost 79 percent of total cash remittances.

• International tourist arrivals in the first three quarters of 2018 reached 5.8 million travellers. Of these, 1.2 million are from South Korea and almost a million from China. On a national basis, South Korea provides 20 per cent of the tourists coming to the country.