A UKTI Report from the British Embassy Manila.
An earlier-than-expected upgrade for the Philippines given by London-based Fitch Ratings. This was not unexpected and represents an important milestone rather than a break in the trend or end point. But, for the Philippines, important and historic recognition of the economic progress it has made. 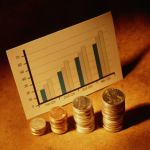 The change and why it was made.

On 27 March, Fitch upgraded Philippines bonds from BB+ to BBB- therefore awarding the Philippines its first ever investment grade rating. The upgrade was widely expected to occur although this was a quarter or two earlier than most predictions. Economic growth of 6.6% in 2012, a reduction of the debt to GDP ratio and a reduction of the foreign denominated share of debt from 53% to 47% were cited by Fitch as main reasons for the upgrade. Increasing remittances as judged by US$ deposits, bucking both the gloomy global trend and the lingering effects of the global financial crisis, were other positive factors. Monetary policy was another area cited as a source of increased confidence. The Central Bank’s policies were deemed effective in maintaining price, foreign exchange and financial sector stability.

The macroeconomic numbers are strong but the intangibles also contributed to the early upgrade, including confidence in anti-corruption efforts and the political stability achieved post -2010 including passing of important economic legislation in 2012 such as sin tax reform and reproductive health bills. The upgrade puts the Philippines on the same investment standing as India and Indonesia. The stock market rose 2.74% on the day of the upgrade announcement and is currently 100% higher than when President Aquino took office in 2010. On the heels of the sovereign bond rating upgrade, Fitch also upped ratings for local banks, the national utility company (NAPOCOR), and a large telecom company (PLDT).

Areas for further development
Fitch mentioned areas where the Philippines remains below par, including average income (PHL: $2,600 vs the BBB- median: $10,300) and tax take (PHL: 18.3% vs the BBB- median: 32.3%). It will take a while before the Philippine average income increases to even half of the median. Poverty remains a major concern. Progress should be possible more quickly on the tax take. In addition to the sin tax legislation, efforts are underway to improve the skills of tax officers and to root out corrupt officials, although the results have been mixed. So far close to 200 tax officers have been dismissed from service for ineptitude or corruption, and 135 cases of tax evasion have been filed, with a total tax value of £700 million. However, 18 of the cases have been dismissed due to lack of evidence and there has yet to be a successful conviction, in part due to the pace of the legal system.

Comment
After a history of poor financial mismanagement and considerable indebtedness, the Aquino Administration can be justifiably content with the upgrade. Although the upgrade had been well signposted the local reaction was jubilant with the Administration, not unfairly, branding this as validation of its economic credentials and the hard work it has put into improving the business environment. The Head of the Central Bank and Finance Minister are both well respected in business circles and this has helped to increase confidence in the markets. The other rating agencies are likely to follow in short order. In amongst the self congratulation, there is also an understanding that consistency and sustained action is necessary and of the scale of the challenges that lie ahead. As Commissioner Henares of the tax agency said, “We’re trying to change 100 plus years of wrong doing.” Making sure that the changes endure from this administration to the next will increasingly become the focus of domestic and market analysts. But the overall direction of travel is positive.

National Credit Ratings
In certain markets, Fitch Ratings provides National Ratings, which are an assessment of credit quality relative to the rating of the lowest credit risk in a country. This lowest risk will normally, although not always, be assigned to all financial commitments issued or guaranteed by the sovereign state. National Ratings are not intended to be internationally comparable and are denoted by a special identifier for the country concerned. The performance of National Ratings will also not be strictly comparable over time, given the moving calibration of the entire scale to the entity or entities with the lowest credit risk in a country, whose creditworthiness relative to other entities internationally may change significantly over time.

‘BBB’ National Ratings denote a moderate default risk relative to other issuers or obligations in the same country. However, changes in circumstances or economic conditions are more likely to affect the capacity for timely repayment than is the case for financial commitments denoted by a higher rated category.