Three major Philippines business groups are confident that the stunning performance of the economy in the first quarter of the year will prompt President Aquino and his economic advisers to institute more reforms that will benefit the country.

“What that [first-quarter economic performance] gave businessmen is hope. We have become hopeful that changes are already being implemented,” said Vice President Donald Dee of the Philippine Chamber of Commerce and Industry (PCCI) in a telephone interview. 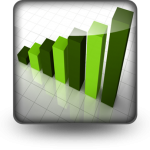 The performance of the economy in the first quarter of the year as measured by gross domestic product (GDP) exceeded expectations of analysts and even those of local businessmen.

Dee said credit should go to President Aquino, who has shown his sincerity in pursuing his good-government platform.

Ecop President Edgar Lacson said the performance of the economy in the first quarter has also given businessmen more confidence.

“The first-quarter GDP showed that the private sector and the government could deliver good performance,” said Lacson also in a telephone interview.

But while the economy’s performance in the first quarter was a cause for celebration, the three major business groups said more work is needed to be done to sustain a high economic growth rate in the coming years.

“What we should look into is how we can sustain the first-quarter performance. Huwag tayo tumingin sa isang quarter lang,” said Philexport President Sergio Ortiz-Luis Jr.

The three groups said election spending was a key factor in the phenomenal first-quarter GDP growth rate from January to March.

“Without election spending, GDP growth in the first quarter could have settled anywhere from 6.6 percent to 6.8 percent,” said Dee. But others said government spending also contributed to the growth.

Ecop’s Lacson said the government must now focus on strengthening the country’s manufacturing sector, where more jobs could be created.

“In manufacturing, even unskilled workers and those who are not college graduates could be hired,” he said.

To make the manufacturing sector of the Philippines more attractive, Lacson said the government should seriously look into bringing down the cost of power, address yearly salary increases and create a more stable policy environment.

“In the case of salary increases, a petition is filed every year and it is always granted. It’s a one-size-fits-all system and does not take into account the capability of companies to give it,” said Lacson.

For the export sector, which has been battered by the appreciation of the peso and recession in the country’s major markets, Philexport pushed for more investments in the product development and export promotions.

“We cannot leave the export sector to chance. Funds should be allocated to the sector and exporters should be made to decide what they would do with it,” said Ortiz-Luis.

Dee said the PCCI would go for an antitrust policy and the rationalization of fiscal incentives once the 16th Congress opens. He said the group also wants a review of the country’s taxation system, in particular the high corporate tax.

“Corporate tax in the Philippines is very high at 35 percent, unlike in other Asean members like Thailand, where corporate tax is only 20 percent,” he said.

All three business groups also agreed that the government must continue with infrastructure spending so the Philippines can catch up with the rest of its Asean neighbors.

Data released by the National Statistical Coordination Board (NSCB) showed the country’s economic growth was the highest posted under the Aquino administration and was the highest growth in major East and Southeast Asian economies.

Socioeconomic Planning Secretary Arsenio M. Balisacan said the country’s growth was fueled by business confidence and consumer optimism. He said while the government’s construction expenditures have risen to over 40 percent, private-sector spending on infrastructure has also increased by over 30 percent.

The NSCB said services expanded by 7 percent; industry by 10.9 percent; and the agriculture sector by 3.3 percent. The government said heightened domestic demand led to the local manufacturing sector growing at an impressive rate of 9.7 percent.

Also stirring growth is the construction sector, which grew 32.5 percent from January to March this year, indicating a good positioning toward an industry-led economy.