A total of 14 organisations were represented when a recent UK Business delegation travelled to the Philippines from 17th to 21st November on a visit organised by The Philippine British Business Council (PBBC).

The programme was put together by the local British Chamber of Commerce of the Philippines (BCCP). They have recently taken over the running of inward visit programmes from the commercial section of the British Embassy in Manila. The visiting delegates were presented with a packed programme of briefings and visits. 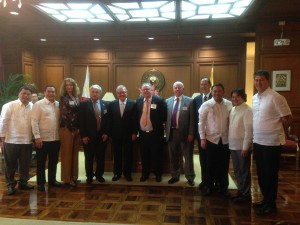 A highlight of the visit was a call on the Speaker of the House of Representatives, Feliciano Belmonte, Jr and a number of Chairmen of various House Committees. Industries discussed included the ICT & BPO industry, Agriculture and Energy.

We were also able to have an in-depth discussion 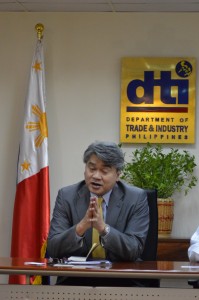 with Undersecretary of the Department of Trade and Industry, Adrian s. Cristobal, Jr and his staff. This was an opportunity to raise issues affecting UK business dealing with the Philippines. The issue of delays in getting goods through the ports was raised and the undersecretary confirmed that changes are being implemented which will hopefully ease the situation.

The PBBC delegates had a very productive presentation by and dinner with PEZA Director General and undersecretary of the Department of Trade and Industry, Lilia B. de Lima. Around 215 UK companies have facilities in the Philippines PEZA zones already. The Philippine Economic Zone Authority (PEZA) creates, markets and runs the PEZA zones throughout the country which offer significant financial incentives and advantages for UK companies seeking to establish a presence in the Philippines. There are 252 such zones, many of which are in and around Manila and some high rise modern office blocks have PEZA zones within. Nearly 7% of PEZA locator investments are British. 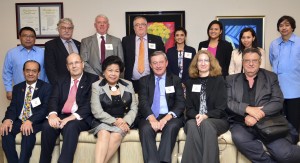 Delegates also had a number of briefings and round table discussions about various aspects of the Philippines from the British Embassy in Manila, Members of the Philippine Chamber of Commerce and Industry (PCCI) and the CEO of HSBC Bank. The British Chamber hosted a breakfast meeting at their relatively new offices in Taguig City, Manila.

The UK based members of the PBBC were able to have a lunch with their Philippine based counterparts thanks to the Philippine co-chairman, Ambassador Jesus Tambunting, President of the Planters Bank of the Philippines, at the Tower Club, Makati.

Part of the delegation were able to visit the Clark Development zone north of Manila. We had presentations from the President and CEO of the Clark Development Corporation, Arthur P. Tugade, and the President and CEO of the Bases Conversion and Development Authority (BCDA), Arnel Paciano D. Casanova. We also had a tour of the Clark area and witnessed the impressive building projects going on in the area, including a number of new hotel and casino complexes with supporting new leisure facilities. We also found time to tour a British Company located in the Clark Freeport Zone, the garment manufacturer, Billerby Corporation.

Photo credits are to the BCCP and to Peter Nottle at pnottle@yahoo.com