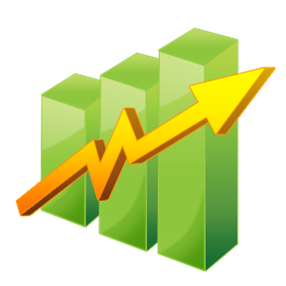 • NEDA has attributed the slowdown to policy decisions which would promote sustainable and resilient development.

• The growth in the 2nd quarter of the year was mainly driven by Manufacturing, Trade, and construction.

• The headline inflation rate at the national level further accelerated by 6.4 percent in August 2018. In the previous month, inflation was posted at 5.7 percent and in August 2017, 2.6 percent.

• The indices of the following commodity groups recorded higher annual increases during the month: Food and Non-Alcoholic Beverages (8.5%); Alcoholic Beverages and Tobacco (21.6%); Furnishing, Housing Equipment (3.5%); Health and Restaurant and Miscellaneous Goods and Services (4.0%); and Recreation and Culture (2.4).

• Estimates showed that 94.6 percent of the labour force population were employed in July, a slight increase from 94.4 percent last year.

• From January to June, government revenue collections vis-à-vis spending narrowed fiscal deficit to US$3.5 Billion, due to improved collections thanks to the new tax reform law (TRAIN law).

• Revenue collections reached US$26 Billion in the first half of the year.

• Government disbursements reached US$29.6 Billion or 20 percent higher than the US$24.6 Billion in the same period in 2017.

• For the first semester of the year, Foreign direct investments (FDI) grew by 165 percent to US$14.5 billion from US$5.5 billion for the same period in 2017, reflecting continued confidence of investors in the Philippine economy.

• By country, Indonesia topped all foreign investors with US$118 million, followed by Japan with US$48 million and China with US$16 million worth of investments.

• The country’s foreign exchange reserves buffer improved to US$77 billion in August, up 1.4 percent from July’s US$76 billion.

• As of end-August, the Bangko Sentral has foreign investments of US$61.68 billion, higher than the previous month’s US$60.74 billion. Gold reserves however fell to US$7.62 billion from US$7.78 billion in July. 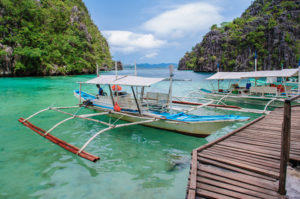 scene of beach in coron, philippines

• Despite the closure of Boracay, tourism officials are confident that the year-end target of 7.5 million arrivals will be achieved.

• Arrivals from the UK have reached 89,782 within the first five months of this year. The UK still ranks as the 8th top visitor market for the Philippines.