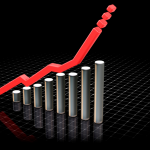 The Philippine economy grew by 5.7 percent in the first quarter of 2014. The relatively slow growth was expected, given the magnitude of the destruction caused by natural calamities late last year. Prudential lending measures imposed beginning in the previous quarter to prevent the formation of real estate “bubbles” also contributed to the slowdown.

All of the above information was provided by the Philippines Embassy in London.