Amazing Statistics About The Philippines

Another successful business delegation visit took place in November 2015 organised by PBBC members from the UK and the Philippines. 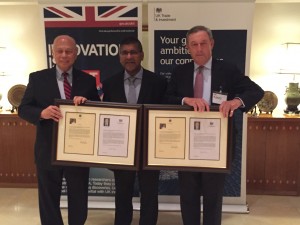 The visit coincided with the 20th Anniversary of the formation of the PBBC and the event did not go unnoticed by the respective heads of government of the two countries. Framed copies of letters received from David Cameron, the UK Prime Minister, and from Beningo S. Aquino III, the President of the Philippines were presented to the two Chairmen of the PBBC; Nigel Rich and Ambassador Jesus Tambunting at a reception in the British Ambassador’s residence in Manila.

Highlights of the Programme 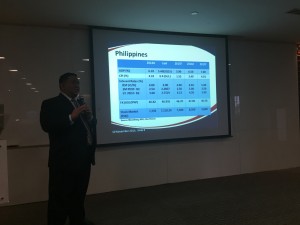 Delegates were given a fascinating and thorough presentation by Jonathan L. Ravelas, FVP and Chief Market Strategist of BDO. The talk included statistics for financial, population and business activity. we also had an insight into the candidates for the upcoming Presidential election in the Philippines in 2016.

Elmer San Pascual, Group Manager gave a detailed presentation of the PEZA scheme for overseas companies looking to start operations in the Philippines.

PBBC Reception at the residence of the British Ambassador 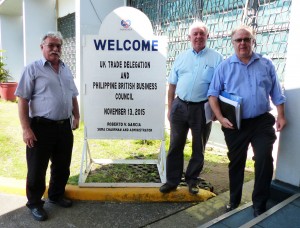 Meetings with ECCP and BCCP

We had a joint meeting with representatives of the European and British Chambers of Commerce of the Philippines.

Meeting with PCCI Philippines Chamber of Commerce and Industry 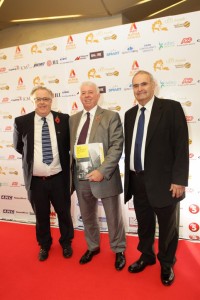 The PBBC and delegates took a table at the dinner and presentations of the Asian CEO Awards. This was a black tie dinner and awards ceremony at the Marriot Hotel in manila for over 1,200 attendees.